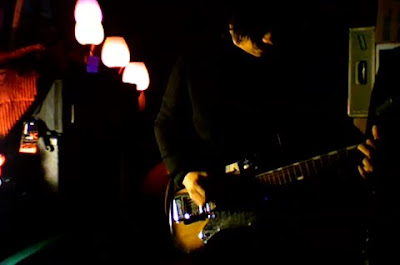 as i write this, i'm on a train. but my thoughts are elsewhere. back in the studio, with the lights low, listening to bryin's distorted beats and slicing loops while i wrench notes out of a 5-string fuzz bass. hearing the words in my head and making up melodies as i sing along. a version of a song suspended halfway between the flashpoint of inspiration and the final realization.
Posted by d. at 11:35 No comments: