the video for "bruises never fade" came about on the spur of the moment. as the album release date kept getting pushed back, it seemed time for another video. a more ambitious one has been in pre-production, but delayed. this song seemed the next likely candidate.
i can't be on both sides of the lens, but i don't know any actors. i'm used to shooting inanimate objects for my art photography. so i thought i would use backgrounds, composition, and a human figure to get feelings across.
the figure i used is a visual artist who goes by the name grey heart. she was willing to let me shoot her and give her minimal directions, with the understanding that she was being used as a visual element more than an actor.
the song itself went through a few developments, the most significant one being my realization that it didn't need any melodic guitar (as detailed an earlier post). i also wanted it to have a slightly distorted, overloaded quality, so the vocals were pushed a bit too hard, and bryin added layers of synth and guitar noise, including an amazing loop that sounds like some wounded beast sobbing. finally, i added the sound of glass crashing backwards in slow motion underneath the chorus.
sonically, there was a slight problem with the original bass guitar, which disappeared on smaller speakers such as laptops and phones - a common problem these days. so the version in the video actually has a replayed synth bass. although it gives the song a colder, more electronic feel, i'll be glad when the album is out so people can hear the original.
Posted by derek rush at 11:29 No comments: 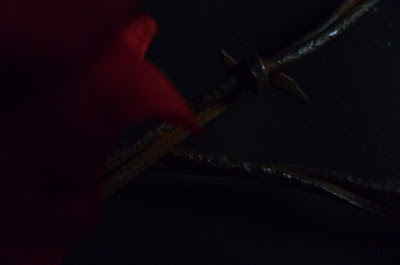 the new album is essentially finished, and has been for a few months. the only things to work out at this point are the special packaging and the mastering.

as i've mentioned in earlier blog entries, the engineering aspect of recording has been one of the bigger issues faced. the music is often a delicate balance of sounds and textures that may not easily fit together. it's been a long learning process figuring out mixing tricks and sweet spots.

the goal has been to make an album that not only surpasses our own past work, but also stands up both artistically and sonically to some of my favorite recordings. although we've done a lot towards that end ourselves, for that final step, we need professional mastering.

i've learned a lot about how to make things sound better than they ever have before. but there's a certain objectivity and knowledge that a professional engineer can bring. every major release of ours has been mastered, and the difference between the final mixes and the mastered version has been significant and definitely worth the expense.

as for the packaging, it's always been an important aspect of the final product to me. mass-produced CDs in standard jewel cases don't seem to have much point these days. in a time when people can download anything, nothing feels like it has much substance or value. part of the reason people have turned to vinyl is the cover art. i always strive to make ours fit the project and stand out, and this will be no exception.
Posted by d. at 08:44 No comments:

"perfect vision" was originally written on acoustic guitar at a faster tempo, and at various early stages had a second middle section, different music for the second half of each verse, and a classical-jazz instrumental intro based on the verses. in the first demo, the drums were more rock than dance, bass guitar was used, there was a minimal keyboard line.

a synth-riff intro that ended up unused was the catalyst for a more electronic approach. whole sections were dropped, others re-written, and the song was re-recorded more like eurodisco with arpeggiated strings.

it was better, except for one thing. i was aping things i dislike in order to mock them to make a point. unfortunately, in the process, the song was becoming too much what was being mocked. so i redid the production from scratch on vintage drum machine and synth. it gives a knowing wink at retro-futuristic nostalgia, while at the same time indulging in a style i actually like.

bryin processed the hi-hats a variety of ways that punctuate the song's intro, outro, and just before the first verse. and more importantly, he added shimmering accents through a twisted series of vintage pedals that sound nothing like the electric guitar he's actually playing (as is often the case).

the audio is a "home-mastered" mix, optimized as best as possible for youtube. the final master should sound better. the video uses footage from the 1980 TV adaptation of aldous huxley's 'brave new world'. it's been re-colored and edited to fit the song. i hope those changes are enough to constitute "fair use". the movie itself is nearly impossible to find officially.

themes in the book were a direct inspiration on some of the song's lyrics, particularly in the middle section. in the same breath, i chose to salute one of the inspirations for the final arrangement of the song. "images of heaven" by peter godwin is a classic slice of new wave that still stands up today.

the overall sound and meaning of the song are also linked both to each other, and to a central issue of the album. the quest for perfection, its possible futility, and the fact that so often we end up looking for it in the past.
Posted by d. at 08:11 No comments: 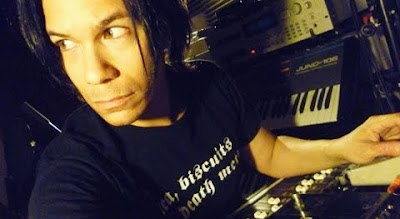