i'll have nothing, thanks 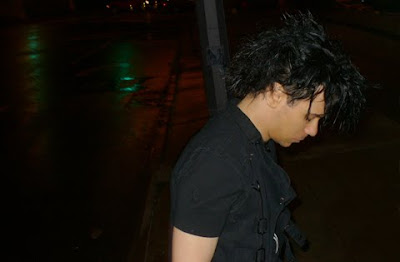 sometimes creating is knowing when to leave something out. after multiple sessions with both electric and acoustic guitars for a new song, i found myself more frustrated than ever. nothing i played truly added anything to the music except more sounds filling up space. in addition, the organic quality of guitar and the prettiness of the acoustic in particular, took away from the cold, stark feeling the song was supposed to have.

and then the obvious hit me: no guitar was needed.

it's a strange thing to think of myself as being one thing, such as a guitarist. but since it's what i play in the band live, i'd begun to put myself in that box. if there was no guitar, what would i do? i wasn't thinking that consciously, but it must have been affecting my insistence on trying to force a part for an instrument that didn't need to be there.

the other issue one faces as a producer is the overall album feel and flow. the state of things towards the end of an album's recording sessions is different from the beginning. you start seeing the connections between tracks and recurring patterns. not just the ones added intentionally, but also by accident, and by influence.

the longer this album has taken, the more frustrated i've become. that frustration leads to a desire for harder, angrier music. that, combined with attempting to make sure the sound isn't all over the map, has led to changes in arrangement and mixing.

for example, "secondhand daylight" was initially written, recorded, and even performed live with acoustic guitar as the main instrument. it's ended up with no acoustic guitar, and sparse and ethereal electrics added. synths were mixed louder, and vintage beat boxes replaced the acoustic drum sounds i originally used. finally, scott's excellent viola sample solo was pulled out of a section that needed to feature bryin's spaced-out noise guitar. that same section was based on a huge effected drum machine loop which itself was long ago removed, and ended up being the intro to a different song.

bryin himself can sometimes be the foil that leads to these kinds of decisions. he can affect a song without touching a piece of gear by asking "what are you trying to do?" or "why do it that way?"

the answers to these questions lead to better solutions than simply banging my head against a wall. especially if the wall isn't even mic'ed.
Posted by d. at 19:18